A Minotaur’s Guide to Dating and Finding True Love 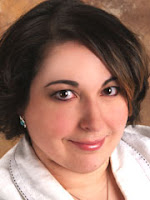 I don’t think it was an accident that Anais Nin, famed erotica writer, called her book Seduction of the Minotaur. As it happens, the famed monster of ancient Greek lore has a lot to teach us about dating and finding true love. Certainly, the modern-day minotaur of my own new romance novel, Dark Sins & Desert Sands, knows how to put the moves on my heroine. So, without further ado, here are some things we can all learn from a Minotaur:
Keep the Mystery Alive. The ancient minotaur lived in a dark labyrinth. People get turned around, confused, and never made it out alive. Allegorically makes him the perfect template of the dark and sexy stranger into whose eyes we might fall and get completely lost! If you’re dating, you might want to keep a little aloof and make sure not to reveal all your secrets at once.
Be Bullish On Love. In mythology, the minotaur’s mother was a particularly lusty woman who got it on with a bull. I like to think that he inherited a little of her...shall we say...passion? My minotaur hero isn’t afraid of commitment--it’s the heroine who can’t trust in love. This leads to a very sexy scene in which my hero tells her over and over again, “You love me.” And then he proves it to her. If you go into a dating situation with a cynical attitude, it’s going to be that much harder to find what you’re looking for. So try to infuse everything you do with the confidence that you deserve to be loved and that love will come back to you.
Don’t Be Afraid to Admit That You’re Horny. I always like an alpha hero who knows what he wants and isn’t afraid to ask for it. Ray Stavrakis doesn’t have any trouble accepting either his sexuality or how it tends to manifest itself against the wall, on a train, and in other inappropriate places. Eventually, our heroine finds that when it comes to the man she loves, no place is an inappropriate place. Now, I’m sure the minotaur wouldn’t recommend that you do something with your date that could get you arrested, but he doesn’t advise playing hard to get. 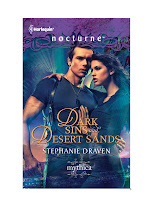 Stephanie Draven is currently a denizen of Baltimore, that city of ravens and purple night skies. She lives there with her favorite nocturnal creatures–three scheming cats and a deliciously wicked husband. And when she is not busy with dark domestic rituals, she writes her books.

Stephanie has always been a storyteller. In elementary school, she channeled Scheherazade, weaving a series of stories to charm children into sitting with her each day at the lunch table. When she was a little older, Stephanie scared all the girls at her sleepovers with ghost stories.
She should have known she was born to hold an audience in her thrall, but Stephanie resisted her writerly urges and graduated from college with a B.A. in Government. Then she went to Law School, where she learned how to convincingly tell the tallest tales of all!
A longtime lover of ancient lore, Stephanie enjoys re-imagining myths for the modern age. She doesn’t believe that true love is ever simple or without struggle so her work tends to explore the sacred within the profane, the light under the loss and the virtue hidden in vice. She counts it amongst her greatest pleasures when, from her books, her readers learn something new about the world or about themselves.
Stephanie also writes historical fiction as Stephanie Dray and has a series of forthcoming novels from Berkley Books featuring Cleopatra’s daughter.
For more about the author and her writing, you can visit her web site by following the link below.
http://stephaniedraven.com/
Posted by Jeanne Guzman at 7:29 AM 1 comment: Links to this post

It is official, Dragon Lover is now available for download at http://www.gypsyshadow.com/JeanneGuzman.html#top
and
https://www.smashwords.com/books/view/105272

For eighteen years Kimball Crossley trained for the day she’d come face-to-face with the demon who murdered her parents. Nothing could’ve prepared her for the dragon who would change her life forever.
Dmitri of the Langhier Clan is one of the elite Dragon Hunters. For eighteen years he’s stood against evil, believing he’ll forever be a warrior for his people. That is, until the night he’s confronted with his future.
With whispers of war in the air, can Kimball learn to trust what she’s always hated and accept her love for the Dragon Hunter? Dmitri’s skills as a hunter are superior, but can he accept that women, particularly his woman, can be as strong in mind and body as any well-trained hunter? Can they put aside their differences long enough to save both their worlds?
I am so excited about this release, that I want to share in my joy. Leave a comment and one lucky winner will receive a free download of Dragon Lover to call their very own.
Posted by Jeanne Guzman at 12:39 PM No comments: Links to this post