I was just sitting here thinking, what can I do to help myself to be a better writer, and you know what? I figured it out. By helping someone else. Seriously. There’s this boy I know, he just turned thirteen, and he wants to be a writer. So I’m helping him, and by helping him, I’m helping myself. Seeing the newness of a budding writers words brings to mind where my writing is and where I can improve. 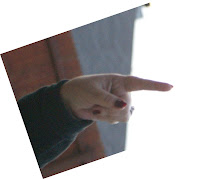 So here’s my question, or should I say challenge, for the week. Are you helping someone be all they can be? If so, how are you helping? If not, find someone who is asking for help and take them under your wing and watch those karma points add up.
For those interested in my boy, I'll be posting about him more as his book takes shape, so stay tuned!
Posted by Jeanne Guzman at 6:03 AM 4 comments: Links to this post

Monday Madness—A Must Read with C. A. Szarek

What Can I tell you about C.A. Szarek? So many things but I don’t think she would want me to mention them here. So Why am I blogging about her today? Because she’s an amazing author and I just had to brag about her new book, Collision Force!


Also, Because I want this to be all about C.A., and the first in her Crossing Forces series, I’m giving you the basics and letting you see what I already know. This is a MUST READ!

With a police department full of detectives and officers who are good at what they do, throw in the occasional FBI agent, and the bad guy doesn’t have a shot, no matter how big the crime.

They work together and fight together. Relationships will be forged and changed along the twists and turns.

When fate intervenes, love and happiness can be found in unlikely places.

Book One in the Crossing Forces series.

If you loved The Heist: A Novel by Janet Evanovich and Fatal Error by Colleen Thompson, then you will not be able to put down this absolute treat!

Bad boy, married to his job FBI agent Cole Lucas always gets his man. So when the unthinkable happens and one gets away, Cole grits his teeth and hunts human trafficker Carlo Maldonado all the way to Antioch, Texas, where he collides with Detective Andi MacLaren.

Cole doesn’t do small towns and doesn’t get involved with women he works with, but Andi tempts him in ways he doesn’t want to acknowledge.

Two murders, her partner shot and leading the investigation on her own, the last thing Andi needs is a cocky FBI agent who sees her as no more than a tagalong.

Widow and single mother Andi is used to being on her own. When Cole gets stuck without a place to stay, crashing on her couch puts them in dangerous territory.

Attraction and passion bring Andi to a place she’d left behind when her husband died. Her three-year-old son quickly wiggles his way into Cole’s heart, and he starts contemplating things—family, love—that he’d never planned for himself.

Can being forced to work together make them stronger or will their differences jeopardize their case and their hearts?

C.A. is originally from Ohio, but got to Texas as soon as she could. She is married and has a bachelor's degree in Criminal Justice.

She works with kids when she’s not writing.

She’s always wanted to be a writer and is overjoyed to share her stories with the world.


C.A. Is giving away a free download of her brand new book, Collision Force, so don’t forget to leave a comment. I’ll be drawing a name tomorrow morning so you have time to tell you friends to stop by as well.

More about C.A. go to

Other Books By C.A. Szarek

Deep In The Hearts of Texas